If you know any kids that would like to help stock the Millers River please let them know.

At each one of our stockings we have free raffle for a fishing pole. The winning girl & boy will each receive a fishing pole for participating with the Millers River Trout Stocking, all the children enjoy this

April 27 Our apologies for any mix up with this stocking date, we did not have a permit to stock trout this date please refer to the dates below for actual permitted dates

120 tickets will be sold

Checks can be made out to the (MFRA)

You do not have to be there to win!! 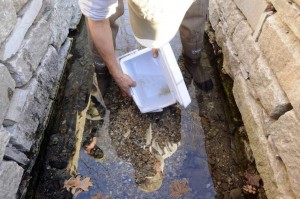 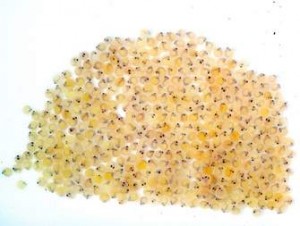 Please come out and help with our Fall trout stocking event as we kick off a fantastic fall fishing season this year !!!

Looking back at last year’s posts we had lack of rain, this year it is 180 degree in weather!

What a rainy summer it has been.  I don’t know about you but I still haven’t been out on the river fishing this year to fish at night.

I know it has been a while since I have added any new material to the blog.

I wanted to show that some lucky people have been out fishing and doing great. Here is an email that was sent to us by someone who has benefited from our stockings.

Hello Peter,
I am very pleased to have discovered the finest fishing spot I have ever been to in my life.  My son (11) and I decided to hike Bears Den with our fishing poles to fish some remote parts of the Millers.  It turned out to be one of the most exciting days of fishing we have ever had.  My son caught the biggest rainbow trout he had ever seen (17″ about 1.5 lbs.  tagged A-71).  I was so happy to see the thrill on his face!  I then caught the most beautiful rainbow of my life at about (21″ about 2+ lbs.  tagged A-200).  From the information on the tags I was able to find your organization’s web site.  I have immediately donated $20 through paypal and would like to become a member to support your worthy cause.
Thank you for your work,

Now if anyone else has had some great days, please let us know we would love to publish your success
Tight Lines 🙂 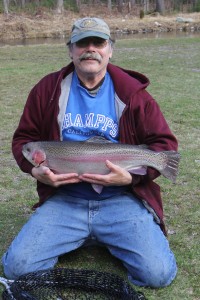 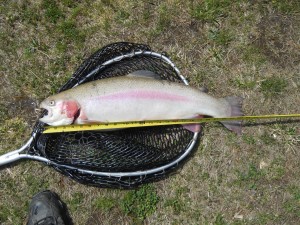 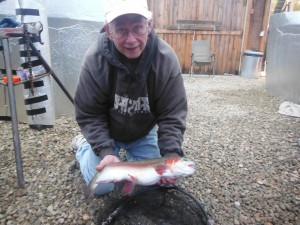 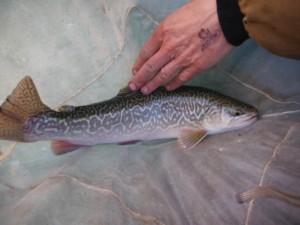 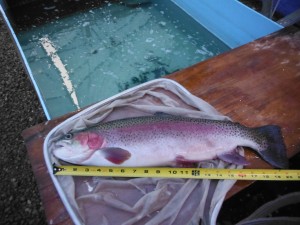 Its time again to stock the Millers River

May 11 in South Royalston at the Birch Hill Dam Parking Lot at 11 am.

May 5 The Bears Den, May 6 South Royalston below the first bridge,

Some of the Rainbows are 8 lb. you can come and see them before we put them in the Millers.

The winner of the Thomas & Thomas fly Rod,

Without your support we woudn’t have had such a successful evening
Thanks to all
Pete Mallett President MRFA
and
Gail Mallett, Secretary – Treasurer MRFA.
See You On The River !

My where has the time gone to.

Every year the MRFA has a fund raising event to support buying trout for stocking in the Millers River.

So hurry – get on the phone and call Pete to get your tickets! 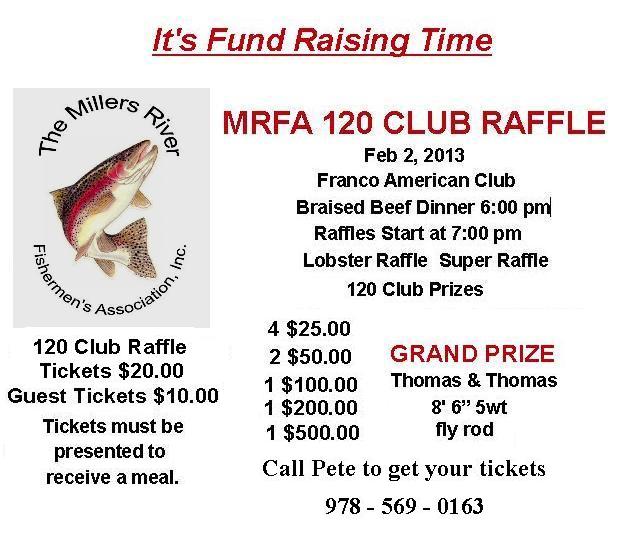